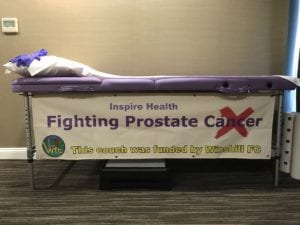 The purple screening couch which was kindly donated by Winsill Football Club.

We have been working with local communities from diverse groups in order to bring awareness at the grassroots. These communities include:-

The ‘Inspire Health: Fighting Prostate Cancer’ campaign which has been running since early 2016 enables men to seek advice and get screenings in familiar surroundings rather than the clinical backdrop of hospitals.

The screenings have been primarily carried out at Burton Albion’s Pirelli Stadium – in many cases during match days. It is a perfect way of reaching a large number of the target group of men over 50+ who may not necessarily want to visit a GP’s surgery or hospital, but rather be more receptive to a health initiative through their football club where they feel more receptive to the importance of getting a health check. 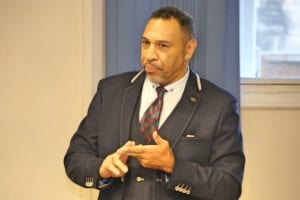 Boxer Neville Brown campaigning for African Caribbean men to get themselves checked.

The Provisional Grand Lodge of Derbyshire Freemasons is another group of people we are screening. with a ready-made infrastructure structure and demographics prone to the illness, we are screening around 400 men. 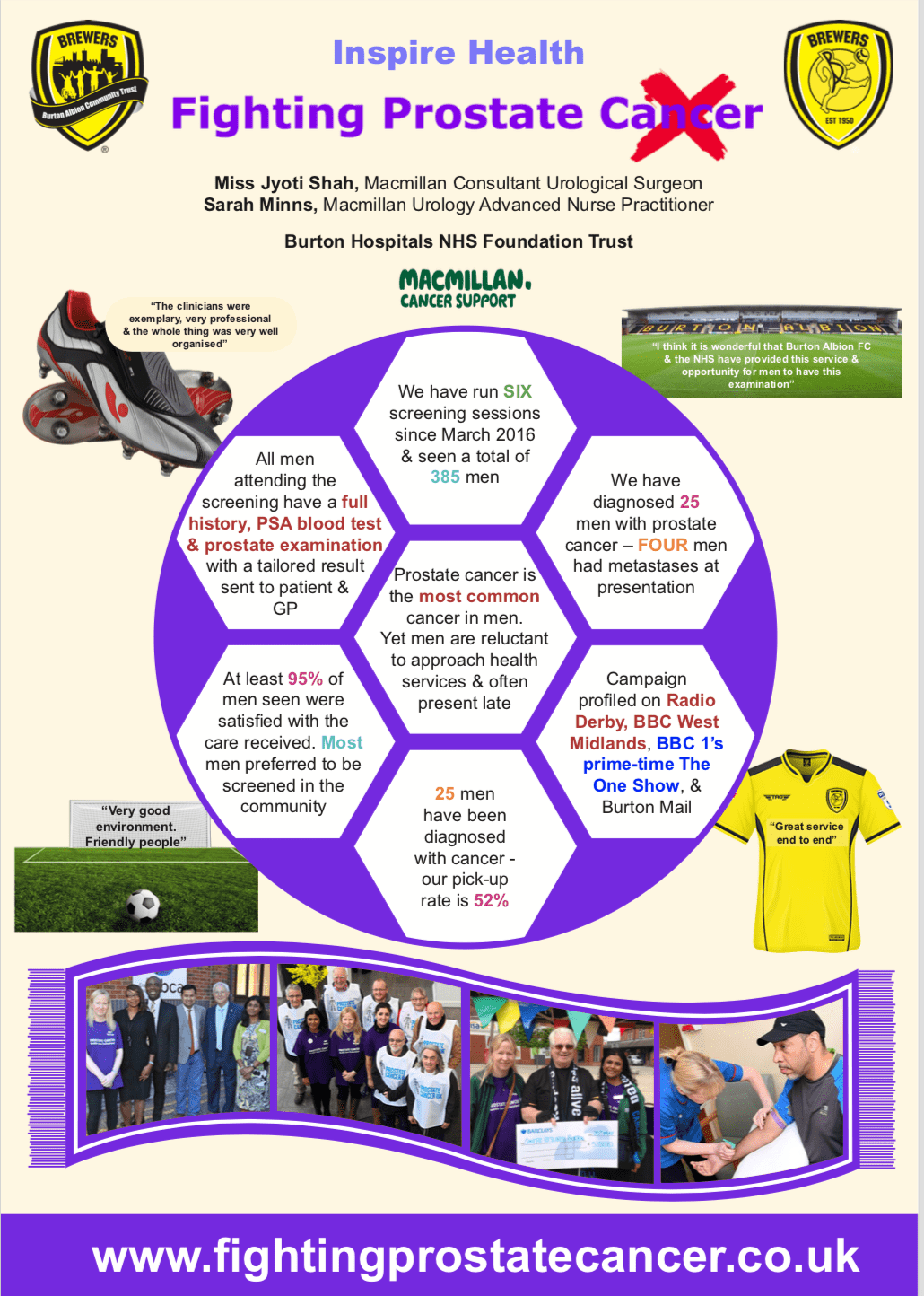